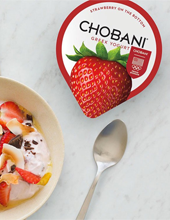 I. Introduction: the story of the Turkish entrepreneur who achieved the American Dream

In April 2016, the American public turned its attention to a Turkish businessman who announced to his employees that he would be giving them 10% of the shares in his company.


Who is Hamdi Ulukaya? What led to his success? Why did he give away 10% of his shares to his employees?


II. A dairy farm boy from Turkey comes to study in the United States

Hamdi Ulukaya is raised in a dairy farming family in a small village in Turkey. In 1994, at age 22, Ulukaya decides to move to the United States to study English.


During his time in the US, Ulukaya discovers a huge, [1] untapped potential in the American dairy market and launches a business manufacturing cheese. This endeavor proves to be unsuccessful.


With growing doubts about the cheese industry, Ulukaya discovers a [2] defunct yogurt factory previously owned by Kraft Foods. He decides to buy the factory and enter the yogurt industry.

After two years of hard work, Ulukaya succeeds in launching his line of Turkish yogurt, Chobani.


Ulukaya continues by expanding Chobani’s product line. In 2012, Chobani opens one of the world’s largest yogurt-processing plants and becomes an internationally-renowned yogurt supplier.

Chobani overcomes a financial crisis in 2014 and has since retained its position as a strong contender in the US yogurt industry.

IV. Sharing Chobani’s Stocks: returning 10% of the wealth to the employees

The reason that Chobani is taking center stage, however, is not the yogurt it makes, but rather, it is Ulukaya’s radical decision to return to employees their earnings and provide jobs for the underprivileged.


Furthermore, in April, Ulukaya announced that he would distribute 10% of the company stocks to his employees.


Ulukaya acted on behalf of a personal philosophy of giving back.


What enabled Hamdi Ulukaya to be successful in the yogurt industry? Why did he give his stocks to his employees? Taking the company investors into consideration, do you think that this decision was necessarily a wise one? What would you have done had you been Ulukaya?

Please discuss this topic with your Ringle Tutor, and take the opportunity to improve your spoken English.

Videos
Articles
At Chobani, Now It’s Not Just the Yogurt That’s Rich
The Story Of Chobani Is About Much More Than Yogurt
또는