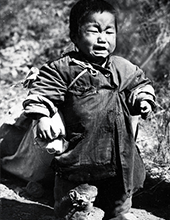 1. Intro: South Korea, one of the poorest countries in the 1950s

The Korean peninsula has a rich history of 4,000 years; due to its geographic location, crises were prevalent.

Especially in the early 1900s when the world economy was growing exponentially with the boost of the Industrial Revolution, the Korean peninsula experienced the worst invasion and civil war and became one of the poorest countries in the world.

After the Korean War, the Republic of Korea (South Korea) became one of the poorest countries in the world.

However, 60 years from the Korean War, South Korea is now the world’s top 10 economic power.

What kind of miracle happened in South Korea to make all these possible? What was the engine of the miracle? Can the miracle continue in the future? What do we need to do to ensure that?

While the Korean people were not strangers to crises due to numerous incidents in their history of 4,000 years, the post-Korean-war circumstances in 1950s were especially harsh to restore the economy.

But the grandparent generation devoted themselves to doing the groundworks for industrialization so that their legacy would not be poverty.

This history is stunning considering that South Korea was able to develop technology without all the resources and big markets but only with the strong will of the people.

But another crisis dawned on South Korea in the mid-1990s when it was going through a rapid economic development.

3. 1998 - 2014: Another Crisis Faced by the Parents’ Generation and Another Crisis
Will continue on “Korea: The impossible country-Part II”

Videos
Articles
South Korea: One of the World’s Great Success Stories Heads to the Polls
또는