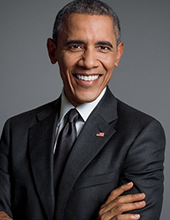 The role & responsibilities of president

In January, 2017, the term of the 44th and 45th president of the United States of America, Barack Obama, is set to end.

President Obama’s administration has received mixed reviews depending on the policies, but overall, his eight years have been viewed favorably.

In the “creative economy” point of view, President Obama has been regarded as the leader that made possible the innovations in Silicon Valley.

The similarity between Obama and Silicon Valley is that both have emphasized communication and participation.

Those who praise Obama’s administration have emphasized two things in particular: 1) that he succeeded in directing public attention towards important matters and 2) that he was able to comfort those who experienced loss and encouraged societal unity.

In reflecting on Obama’s presidency, South Koreans feel at once envious and hopeless about their own country’s situation.

South Korea has also been reeling from the shock of some recent discoveries made about its current president, Park Geun-hye.

Therefore, unlike the United States, Korea has been berating its government for concentrating on the wrong subjects and worsening societal problems.

What do you think is the role and the responsibilities of a president? What are the greatest differences between President Obama and President Park? What can we do in order to help the nation overcome difficult issues?

Please discuss this topic with your Ringle Tutor and use this opportunity to improve your spoken English.