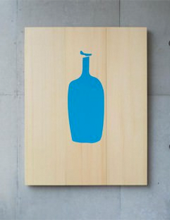 During the 1990’s and 2000’s, the coffee market was dominated by Starbucks, which aimed to become “The Third Place” in people’s daily lives. Similar brands followed suit (e.g. Coffee Bean & Tea Leaf), and these companies provided what became known as second wave coffee.


Recently, however, there has been a decrease in demand for coffee from such companies as Starbucks, at least in the Western US. Seeking to taste “genuine” coffee, customers have been flocking to cafés that are a part of the third wave coffee culture.


Two major players in third wave coffee in the Western US are Blue Bottle Coffee and Philz Coffee.

Philz Coffee was founded in the outskirts of San Francisco in 2002 by Phil Jaber, a third generation coffee tycoon.


Philz Coffee, the culmination of Jaber’s hard work and passion, differentiates itself from other coffee shops in four key ways.


Philz Coffee currently has 36 stores throughout the country, and this expansion has been an indication of their quality.


Blue Bottle, a product of James Freeman’s meticulous tastes, differentiates itself from other coffee shops in four key ways.


Despite its wild success, Blue Bottle has opened only 22 stores because of its belief in maintaining the quality of its coffee.


Though third wave coffee has been popular in the west, its reception in busy East Coast cities such as New York has been tepid at best.


What are the similarities and differences of these two coffee start-ups? Which coffee shop do you prefer? Which company is more attractive in terms of their business potentials? Do you think both companies are equally capable of global expansion?

Please discuss Philz and Blue Bottle with your Ringle Tutor and take the time to work on your spoken English.