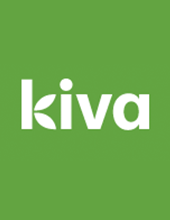 Kiva vs. One Acre Fund

Among social enterprises, One Acre Fund and Kiva are two companies worth noting. Both enterprises have been challenging the concept of helping impoverished people by sustaining their livelihood through donations. They are rather advocating for increased support to help those in need pursue their goals.

About One Acre Fund

One Acre Fund was the brainchild of Andrew Youn. While earning his MBA, he visited western Kenya and interviewed smallholder farmers about their quality of life. Upon returning to school, he designed a business plan for a non-profit organization that would employ a market-based approach to introducing productive farming techniques to smallholder farmers in East Africa.

One Acre Fund has been working to increase the agricultural productivity in Africa and to help farmers sell produce at reasonable prices. One Acre Fund has actively served 400,000 farmer families in various countries in Western Africa.

Initially inspired by a lecture given by Muhammad Yunus at the Stanford Business School, Jessica Jackley and Matt Flannery developed the idea in Africa and founded the NGO Kiva in October, 2005.

Kiva relies on a network of field partners to administer the loans on the ground. The field partners include microfinance institutions, social businesses, schools, or NGOs.

There are several interesting similarities found between Kiva and One Acre Fund.

There are some implications we can draw from these two social start-up as well.

How do modern-day social enterprises differ from traditional NGOs? How did the founders of One Acre Fund and Kiva begin their start-ups? What are the similarities and differences between the founders of each company? Do you have any plans to use your career to help the needy?

Ask your Ringle Tutor is he or she has any intention to be a part of a social enterprise. Please discuss this topic further and take the time to work on your spoken English.

About One Acre Fund