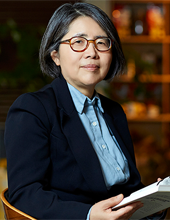 The “Kim Young-ran Act” is a policy that is currently one of the most discussed social/political/financial topics in South Korea.

The motive for The Kim Young-ran Act was to punish and prevent corrupt requests and lobbies, which were usually being made over expensive meals or a game of golf.

With the aim of reviving the integrity of public offices, the act was first suggested in 2012 and is finally coming to fruition after four years of intense scrutiny and discussion. The act has been enforced starting September, 2016.

Among the critics of The Kim Young-ran Act are businesses in the food and agriculture industries, which have expressed concern that this act may worsen the domestic market by reducing demand for food products.

However, 70% of Korean citizens believe that the benefits of this act far outweigh the costs, and they have expressed support for this act that will hopefully end corruption “once and for all.”

Several societal changes have been emerging as a result of The Kim Young-ran Act, and they have been revealing the winners and losers of this act.

In the United States, there is less of an expectation for individuals to give or receive gifts or meals, especially in professional settings. Therefore, there is less concern of public officials accepting bribes in this manner.

Do you think that The Kim Young-ran Act will harm the domestic economy? Will it be effective in reducing corruption and perhaps becoming a catalyst for policy change? What are some social or cultural externalities that may result from the Act?

Please discuss this topic with your Ringle Tutor. Explain The Kim Young-ran Act and also share your thoughts on American customs in professional relations.