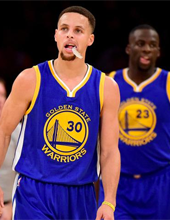 Recently, VC, PE, and Tech capitals have been flocking to the NBA.

However, only the Golden State Warriors have been overwhelmingly successful in terms of their performance/popularity/profit.

These results were made possible not only by the capital provided by the Silicon Valley, but also by the spirit of change and innovation that pervades the Valley.

The key difference between the Warriors and other VC/PE/Tech supported teams is the leadership demonstrated by Joe Lacob.

Sadly, the GSW were defeated by Lebron James and the Cleveland at the end of 2016 season and failed to defend their 2015 championship title. However, it is clear that their 2015 victory was no coincidence.

What enabled the NBA’s worst team to become the best team within a short 3-4 years? Is large capital enough to transform a mediocre sports team into a stellar one? Do you think the Warriors will be able to experience another winning streak in the following season?