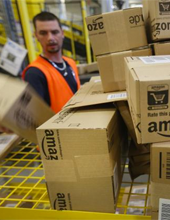 In response to the NYT article, Jeff Bezos dismissed all negative claims against the company as a hasty generalization at best. In a memo sent to Amazon employees, Bezos comments the portrayal of Amazon in NYT article doesn’t resemble one he knows, let alone one he would ever work for. He also points out that “any company adopting the approach portrayed could survive, much less thrive, in today’s highly competitive tech hiring market.”

Use your Ringle sessions to exchange opinions with Ringle tutors.