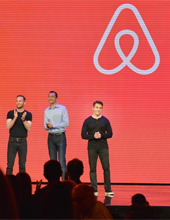 Founded in 2007, Airbnb is a lodging-rental sharing service that has expanded to 190 countries and 34,000 cities and is valued at $25 billion.

However, their business did not go smooth in the beginning. They had four obstacles ahead of them.

They challenged these obstacles head on.

The co-founders offer the following advice for young startups.

How did Airbnb start the business? How did the co-founders overcome the initial hardships? What are the differences between Airbnb and other start-ups? What created these differences?

With your Ringle tutors who use Airbnb often, think about the ways how young start-ups can persist and find better ways to express yourself in English.