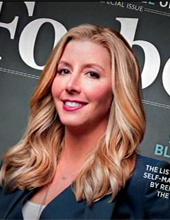 The story of Sara Blakely, the founder of undergarments and bodysuit shapewear start-up Spanx, reads much like that of Cinderella - filled with rejection, turmoil, and eventually ending in victory.


The beginnings of Spanx was anything but a cakewalk. However, Blakely persisted, and within 1-2 years, she produced a Spanx prototype, which she used to tackle the US undergarment market.


Ever since its founding in 1998, Spanx has successfully continued to grow its sales. The company, now valued at $1 billion, has joined the ranks of unicorns.


Unlike other unicorns, Spanx achieved its current success without outside help and solely through the passion and problem-solving skills of Blakely and her employees. In addition, Spanx has uniquely maintained a consistent sales/profit structure.


Blakely is now able to share her success story with other entrepreneurs, educating and disclosing her trade know-hows to all who will listen.


What has been Blakely’s key to success? What are some lessons that entrepreneurs might gain from Blakely? Do you think it’s more rational to aim for rapid growth through investments? Why or why not? Are you as passionate as Blakely in achieving your dreams?

Please take this time to discuss Spanx, both as a company and as a product, with your Ringle tutor. Furthermore, think about whether you are driven by a similar entrepreneurial spirit as Blakely as you converse with your tutor.

Videos
Articles
How Sara Blakely of Spanx Turned $5,000 into $1 billion
How Spanx Got Started
또는