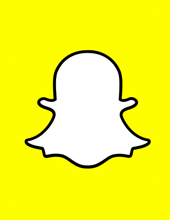 In 2011, Stanford undergraduate Evan Spiegel created Snapchat, a smartphone application that allows users to safely send and receive “snaps,” or photos and videos, without leaving a record.

→ After 2011, Snapchat has been wildly popular among its users in their teens and 20’s.
→ In 2013, Facebook offered to acquire Snapchat for $3 billion, but Spiegel declined the offer.
→ In 2015, an average of 6B videos are played through Snapchat (vs. Facebook’s 8B views), and the company boasts approximately 100 million daily active users and is valued at nearly $20 billion.

Since the year 2013, Snapchat has evolved into a mobile multimedia platform and has been successful in a variety of business models.

→ Snapchat receives 2 cents for every view on a 10-second advertisement on Live Story. Snapchat also accepts offers from a maximum of 4 companies per day (according to 2015 figures.) An advertisement that lasts for 24 hours costs approximately $400,000.

In 2016, Snapchat released the SnapChat 2.0 update with the hopes of establishing itself as an unparalleled mobile communication channel.

Why was Snapchat so successful? Is Snapchat a threat to Facebook, Instagram, and/or Google? What implications does Snapchat have on Asian messenger services (e.g., Line, KakaoTalk, etc.)?

Please discuss your thoughts to your Ringle Tutor, who is likely to be familiar with or is a user of Snapchat.