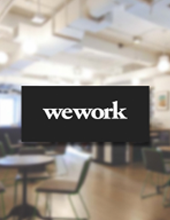 The past five years, the United States has seen a rapid growth of the coworking Space industry.

→According to figures from 2013, there are approximately 800 coworking spaces in the United States alone, and it is predicted that the number of these spaces will double every year.

WeWork set up its first office in New York City in 2010, and pubbed itself as a “communal space that allows members can focus on their work and cooperate/network with others.” Since then, WeWork has expanded into other key cities in the United States.

Using its distinguished services, WeWork has been producing fantastic results.

Please discuss this topic with your Tutor, many of whom work very near the Boston WeWork office.

Videos
Articles
As Coworking Spaces Scale, Can They Keep Their Communal Vibe?
또는