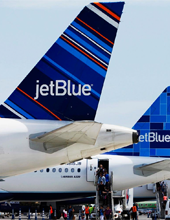 
Airlines in the US are making it difficult for passengers to travel comfortably and simultaneously raking in profits like never before.


This phenomenon is aptly observed as the monopolization of the US flight market and has intensified in the past few years.


Even JetBlue, an airline lauded for its superb customer service, recently implemented senior-level organizational changes that have shifted the company’s gears towards a more profitable strategy.


It is predicted that the introduction of smaller airline companies will also lead to similar trends in Korea.


We encourage you to talk in English with your Ringle Tutor about the current topic. What are your thoughts on the rising levels of discomfort among American passengers?

Videos
Articles
Why airline want to make you suffer
또는