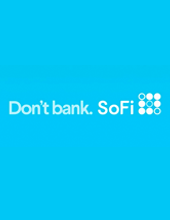 During the 2016 Super Bowl, Social Finance, Inc. (commonly known as SoFi), a marketplace lender that provides peer-to-peer (P2P) student loans, released an advertisement that gained a lot of attention.


P2P lending is the practice of lending money to individuals or businesses through online services that match lenders directly to borrowers (hence the term, peer-to-peer). P2P companies, notably Lending Club, Prosper, and Sofi, have encroached upon loan markets that have typically been dominated by large financial institutions.


SoFi, unlike the other P2P businesses, started as a company that focused on student loan consolidation and refinancing. This company is a Silicon Valley unicorn that currently monopolizes the market that provides loans to highly educated and high-income young adults in their 20’s and 30’s.


Have you ever felt your traditional financial institution is not rating your credit properly? How did SoFi resolve the issues associated with the loan market? Are any of these plans and ideas applicable to Korea?

Please discuss SoFi with your Ringle Tutor, who is likely also the company’s target clientele.