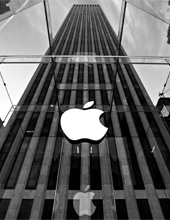 On December 2, 2015, 14 people were killed and 21 were seriously injured in a terrorist attack at a non-profit service center for people with developmental disabilities in San Bernardino, CA.


The crime was initially presumed to be a random act of violence, but it quickly became clear that it was an act of terrorism.


The Federal District Court for the District of Central California issued an order that Apple create a “backdoor” for the terrorist suspect’s iPhone so that the FBI could bypass security functions on the phone. However, Apple publicly refused to assist in the FBI’s efforts.


Apple declined this request, stating that it would undermine the security features of its products and also because it would create a way for the FBI to breach the privacy of its users in the future as well.

In response to Apple, presidential candidate Donald Trump criticized and called for the boycott of Apple products through Twitter, saying, “If Apple doesn’t give info to authorities on the terrorists I’ll only be using Samsung until they give info.”

Which is more important: the access to the suspect’s phone for the sake of national security, or ensuring the privacy of iPhone users throughout the world? Do you support Tim Cook or do you support Donald Trump?

Please discuss the topic of data security with your Ringle Tutor.

Videos
Articles
A Message to Our Customers (From Tim Cook, the CEO of Apple)
또는