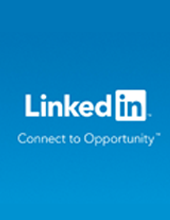 The decrease in LinkedIn’s value was caused by the company’s disappointing performance in the market in 2015. However, LinkedIn’s plummeting profits in 2015 were not as significant as their drop in 2014.

The fall in LinkedIn’s share prices reflected the market’s concern about the Tech Bubble phenomenon.

In the meeting following the earning announcement, the CEO of LinkedIn stated that the fundamental worth of LinkedIn had not changed and that he would go on strengthening the company with strategic initiatives.

Please discuss LinkedIn’s current situation and the Tech Bubble with your Tutor in English.