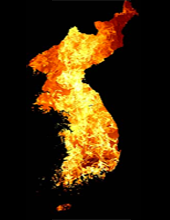 Korea is a country that has overcome multiple national crises with “pan-national unity.”


However, a newly coined phrase, “Hell Joseon” is spreading rapidly throughout the younger generations of South Korea.


The reason why “Hell Joseon” is a serious societal issue is because it reflects the defeatist attitude adopted by the youth who believe that their efforts to better the future are wasted on the privileged, who are the ultimate benefactors of their hard work.


At the same time, fewer Koreans believe in making a collective effort to overcome Korea’s problems. Rather, they believe that exerting themselves for Korea is like beating a dead horse, leading them to further distrust society and to resort to individualistic behaviors.


As a result, Korean social media overflow with mockeries of the current state of the country, and an overwhelming number of comments online emptily echo, “Let’s leave Joseon.”


What do you think about the “Hell Joseon” phenomenon? What is the current political/ economic/social state of Korea? What needs to happen for Korea to overcome the crisis?

Please explain the phrase, “Hell Joseon” to your Ringle Tutor in English , and please share your opinion on the cause and discuss your proposed solution to this phenomenon.