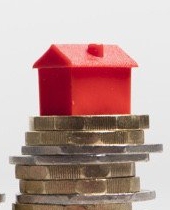 Housing prices are rising fast around the world.


The large increases in housing prices are due to corporations, funds, and wealthy individuals aggressively buying up real estate properties in big cities.


Notably, housing price growth rates are at record high levels in major cities where businesses are concentrated, such as San Francisco, Seoul and Hongkong.

For the past 4 to 5 years, housing prices in San Francisco and the Bay Area have been rising so fast that it has become a serious social problem.


The fundamental reason behind the [1] skyrocketing housing prices is an inadequate supply of places to live.

As a result of the drastic price jumps in real estate, long-time San Francisco residents have had to move elsewhere and recent college graduates just starting their professional careers have been pushed to the outskirts of the city, creating various social problems.

Housing prices in Seoul are rising just as fast as they are in San Francisco.


Housing price increase in Seoul is led by speculative funds which see houses as investments.


Housing prices are excessively high for the country’s yearly average income. The rapid housing price increase is a serious issue that is degrading the competitiveness of the city and the nation.

The fundamental causes of large increases in housing prices are demand outpacing supply and an upsurge in speculation.


The negative effects of increased costs of living in major cities are disproportionately impacting the disadvantaged members of society, creating various social issues.


Governments have tried to step in to solve the housing problem, but they have had limited success so far.

What should be done to deal with the housing price increases around the world? Talk with your Ringle tutor about these questions as you improve your English skills.