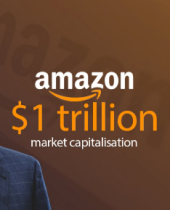 I. Big Tech Corporations on the Rise with Worth Over 1 Trillion Dollars

In September 2018, Amazon followed Apple into the $1 Trillion Club in market capitalization.


Amazon fuels its consistent and rapid growth through a perfect business model and its focus on execution.


In addition to Amazon, Google Alphabet and Microsoft are on the verge of joining the $1 Trillion Club.


However, as many tech companies are now grappling with challenges that limit their growth, the US tech industry is being oriented around four big players.

⇒ For the last 20 years, Silicon Valley saw countless startups in diverse industries and technical areas, akin to a historical time in ancient China known as the Spring and Autumn period. Today, the Valley is being reorganized around the Big Four, as they [2] cement their hold on core businesses and continue to acquire unicorn startups that [3] pioneer new businesses, technologies, and services.

Experts around the globe have differing views on the $1 Trillion Club.

Some believe that the $1 Trillion Club is a temporary phenomenon headed for an inevitable collapse.


Yet, others believe that the Big Tech companies are highly likely to hit the $2 trillion mark.

For the past 10 years, South Korea has also seen the rise of many tech companies which continue to improve people’s lives.


However, the local tech industry has not had companies that can rival Big Tech corporations in Silicon Valley and faces the danger of potentially being outmatched by startups in China and Southeast Asia.

⇒ South Korea is in danger of losing its industrial competitiveness within 10 to 20 years.

Is the market value of big tech just a bubble? Or, can big tech continue to grow in the future? Are there South Korean companies that can compete against big tech? In which direction should the South Korean industry grow?


Talk with your Ringle tutor about these questions as you improve your English skills.