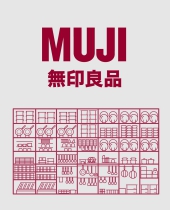 The role model and the rule breaker of Japanese lifestyle brands

I. Muji: A brandless brand

During the extravagant years of Japan’s bubble economy, Muji was launched with the business philosophy of simple and essential product designs.


Despite the passage of time, through the founder’s retirement and changes in CEOs and designers, Muji has (1)remained true to the central values it set for itself.

Balmuda was founded in 2003 by Gen Terao, who has a unique life history.


By continually releasing products with sensible designs and innovative features, Balmuda has gained a reputation for being “the Apple of home appliances,” and received explosive popularity in the Japanese, Korean, and Taiwanese markets.

III. The role model and the rule breaker of lifestyle brands

Muji is maintaining its design philosophy of emptiness while continually expanding business fields and regions. It is rising as a role model of lifestyle brands.


Balmuda is rewriting the rules of the market and industry by addressing the inconveniences of daily life through superior technology and design.

There are two lessons we can learn through Muji and Balmuda.

Lesson #1: Both brands have succeeded in creating loyal customers by focusing on their company values and the essence of their products.


Lesson #2: A culture of constant experimentation and challenges without (3)putting a cap on target industries drives the growth of the company.


Discuss Muji and Balmuda with your Ringle tutor, and also receive feedback on your English usage.