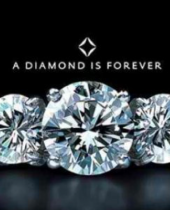 A Diamond Is Forever—But Can a Company Be?

I. Taking control of the global diamond supply, rebranding diamonds


De Beers made diamonds the symbol of romance and true love with the slogan of the century: “A Diamond Is Forever.”

In controlling the production and distribution of diamonds and thereby managing the quality and price, De Beers made customers perceive diamonds as a scarce and valuable gemstone.

III. (4)Rising to the challenge of new threats

Threats to the natural diamond market, namely synthetic and secondhand diamonds, have emerged.


De Beers is fighting alone to protect its claim that “A Diamond Is Forever.”


There are two lessons we can learn through the De Beers Group.

Lesson #1: Great marketing that adds value to a product can create a whole new market.


Lesson #2: Businesses can only survive by continuously changing with the times.