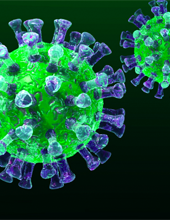 MERS stands for Middle East respiratory syndrome which was first found in Saudi Arabia in 2012 and spread to Europe, America and Asia through infected travelers. Like SARS, MERS is caused by a variant of coronavirus. Typical symptoms include fever, cough, shortness of breath, and in severe cases, organ failure which can be fatal. As of July 7th, there has been 1,211 patients and 492 deaths with 40% of CFR (case fatality rate) in 25 countries.


In Korea, 12,000 has been quarantined and 186 case of infection, and 36 deaths are recorded so far. Fear of an epidemic spread through Korean society and economy suffered as a result. Tourist income decrease by more than 50% in June from last year’s figure and total consumption decreased by 20%. Korean Development Institute lowered GDP forecast for 2015 by 0.4% from 3.2% to 2.8%. The total cost associated with MERS situation in Korea is estimated to be around $10 billion.


The MERS situation in Korea is unique because there has been no reported case of such a rapid spread of MERS in any other countries. Many experts blame the government for its inability to contain the situation in early periods and argue that early reaction from government to MERS was inadequate.


Use your Ringle sessions to exchange opinions with Ringle tutors.