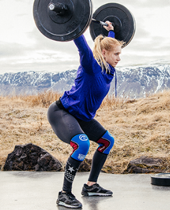 I. CrossFit’s sudden emergence in the stagnant fitness market

The traditional gym industry is in decline due to its excessive investment fees, abnormal profit structure, etc.


CrossFit was designed and founded by Greg Glassman, who focuses on the essentials of exercise and community building to improve customers’ fitness levels.

II. CrossFit’s growth as the most successful fitness franchise in history

Through an affiliate model that is entirely distinct from existing franchises, CrossFit offers a new business paradigm centered around customers and trainers.


Through an exercise program that is done in collaboration with other customers, CrossFit has revived the sense of “community” that customers had forgotten.


Glassman focused on the core of the business instead of the immediate profits.


III. The pros and cons of CrossFit


That said, criticisms of CrossFit are also gradually increasing.

There are three lessons we can learn from CrossFit:


Lesson #1: With a new perspective, you can create a successful business even in a red ocean market.


Lesson #2: For the success of a business, it is important to focus on the essentials.


Lesson #3: Companies must change according to the growth of the business.