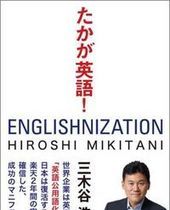 A journey for globalization

I. CEO Mikitani, who changed Rakuten’s official language from Japanese to English

Rakuten was established in 1997 as an online marketplace called Rakuten Ichiba. Since then, it has evolved into an e-commerce company representing Japan.


Under the strong leadership of its CEO, Rakuten chose English as the company’s sole official language.


Mikitani was convinced that globalization was essential for Rakuten’s survival and growth and that “Englishnization” would be the foundation for globalization.


Mikitani hopes the change in Rakuten will be a catalyst to improve Japan’s increasingly domestic economy and culture.

CEO Mikitani implemented his Englishnization policy in a top-down management style without prior consultation.


There was a lot of anxiety among the employees, and, in the early days of implementation, a lot of confusion and inefficiency in the company.


In the early days of implementation, employees’ English skills were hardly improved due to the lack of adequate support from the company. Then Rakuten started offering a variety of support programs for its employees.

Many East Asian companies that tried to make English the official language ultimately failed after years of attempts.


Rakuten is the first Asian company to succeed in making English its official language.


With Mikitani’s strong leadership, Rakuten is continuing to pursue Englishnization and rapidly growing in the global market.

The two lessons we can learn from Rakuten are the following:

Lesson #1: Only the clear vision and continuous support of a leader can change the culture of the organization.


Talk to your Ringle tutor about Rakuten, and also receive feedback on your English usage.