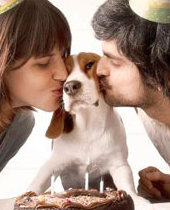 I. The rise of the pet industry

The number of pet-owning households is rapidly increasing in South Korea.


Changes in the public perceptions of pets and the influx of social/familial problems are driving the fast growth of pet ownership.


It is also interesting to observe the rapid growth of the pet industry exceeding the popularity of pets themselves.

II. The decline in fertility rate

In contrast to the rise in pet ownership, the fertility rate in South Korea is rapidly declining.


Key reasons for the declining fertility rate are the changed perceptions of marriage/childbirth and the increased burdens of childcare.

The changing trends in pet ownership and childbirth clearly reflect certain aspects of contemporary South Korean society. There are now more people who think, “I want to live sufficiently on my own without the financial burdens of marriage and childcare” and/or “I’m going to live happily by having an emotional connection with my pet, whom I accept as a family member.”

However, the new influx of pet animals is not without problem, and the government has been slow to introduce pet-related policies.


Simultaneously, policies are not keeping up with the decline in marriage and childbirth, despite the serious side effects expected in the future.

How will South Korean trends in pet ownership and marriage/childbirth change in the future? Will there be more cats than dogs? Will there be more adopted pets than newborn babies? With all that said, is it right to compare these two population trends?

Talk to your Ringle tutor, learn about the cultural differences between American and Korean perceptions of pets and marriage/childbirth, and also receive feedback on your English usage.