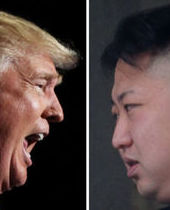 The future of South Korea, North Korea, the United States, and China

Disclaimer: Please note in advance that this Ringle Packet contains some subjective interpretations and opinions on current affairs.

North Korea's attitude toward South Korea, the U.S., and the rest of the international community is rapidly changing.

2. The advantages and disadvantages of major countries surrounding North Korea

In the U.S., the Donald Trump administration dreams of protecting the safety of American citizens, checking China’s power in East Asia, and seizing international leadership by establishing cooperative relations with North Korea on the premise of complete denuclearization.

⇒ Trump perceives negotiations with North Korea as “a pretty good deal with nothing in particular to lose.”

In South Korea, the Moon Jae-in administration has evaluated North Korea’s change in attitude as its best chance at moving towards denuclearization and a peaceful reunification of the Korean Peninsula, and is thus entirely committed to improving relations between North Korea and the U.S.

⇒ President Moon Jae-in perceives negotiations with North Korea as “a golden opportunity that is not to be missed.”

In China, the Xi Jinping administration is in a tight spot and thereby taking defensive action to minimize losses.

⇒ To President Xi Jinping, North Korea’s changed stance is an unwelcome turn of events that leaves little for China to gain even if they were to handle it well.

In Japan, the Shinzo Abe administration recognizes the current situation as a crisis where Japan’s political status in Northeast Asia could drop sharply and is looking for ways to minimize “Japan passing,” i.e., countries negotiating with North Korea on terms that fail to include Japan’s input.

⇒ To Prime Minister Abe, North Korea’s changed stance presents an unfavorable deal from which he is very unlikely to gain anything.

In Russia, the Putin regime is reacting in a more neutral manner than other countries because North Korea’s changed stance does not have much of an impact on Russia.

The future of North Korea and the changing state of affairs between countries surrounding North Korea (South Korea, the U.S., Japan, China, and Russia) are expected to be greatly influenced by the following variables:


1. Will North Korea completely give up its nuclear weapons? Isn’t there a possibility that they will change their mind before going through with it?

2. Will North Korea partially sacrifice its relationship with China and continue to maintain its cooperation with the U.S. and South Korea?

3. Will the U.S.-North Korea relationship continue uninterrupted, despite conflicts in the process of North Korean nuclear disarmament?

4. Will the South Korean and the U.S. governments be able to support North Korea continuously? Isn’t there a danger that the relationship with North Korea could be broken by changes in administration?

5. How will China intervene?


Talk to your Ringle tutor, predict the developments soon to unfold in Northeast Asia, and also receive feedback on your English usage.