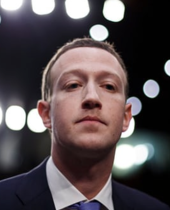 The hearings of Mark Zuckerberg and Park Geun-hye

I. Historic hearings in South Korea and the U.S.

Recent public hearings held in South Korea and the U.S. have captivated the attention of the whole world.


In South Korea, hearings regarding the former President’s charges of massive corruption and abuse of office came to a close, [1] leaving much to be desired.


In the U.S., hearings about Facebook’s election interference scandal were held with the goal of better regulating Silicon Valley tech companies, but popular opinion has ruled Zuckerberg the winner of this particular match.

II. Similarities and differences between the hearings in each country

The hearings held in South Korea and the U.S. were similar in that the overall quality of the hearings was low, but they increased citizens’ political participation.


However, Korean hearings can learn from American hearings in regards to listening intently and answering rather(?) sincerely, as well as respecting the citizens who watch the hearing.

Hearings in the U.S. and South Korea have revealed the fundamental limitations of hearings in elucidating important events that profoundly impact the lives of ordinary citizens.


However, we can expect, at least in part, three positive aspects from hearings.


Three improvements must be made for hearings to fulfill their role of seeking truth.


Talk to your Ringle tutor about public hearings and receive feedback on your English usage.