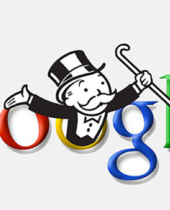 I. The emergence of new monopoly licenses

Tech corporations based in the Western United States are global monopolies.

⇒ Global tech corporations continue to acquire new users while simultaneously using machine learning and big data as foundations for providing user-based information and services, exerting an incredible influence over customers all over the world.

These tech companies are making it difficult for traditional powerhouses that previously dominated the market to keep up.


Interestingly, current tech companies’ monopolies are developing in a different direction than giant monopolies of the past.

In the past, businesses dominated the market by monopolizing assets and distribution networks as well as creating barriers to entry.


However, tech companies these days are monopolizing customers by providing high-quality freemium services.

⇒ In sum, customers are able to enjoy the undeniable benefit of receiving a better service at a lower price.

However, tech companies are not just making incredible profits by obtaining and using their users’ personal information; those that have become massively influential are creating new social problems.


The recent Facebook leak of personal information is the quintessential example of a large social problem created by Big Tech monopoly.

⇒ Facebook’s leak of personal information is considered an incident that demonstrates the massive political, economic, and social influence that global tech companies’ monopoly of information can have on the entire world.

Furthermore, tech companies’ excessive monopoly is creating side effects such as the hogging of human talent and real estate overheating.


However, there are certainly valuable benefits provided by global tech companies’ monopolies that customers could not enjoy in the past.

Many people believe that the future of Big Tech companies’ monopolies will greatly influence whether civilization will evolve or degenerate.


Will Big Tech monopolies [3]play out differently than previous monopolies? Where will they be 3-4 years from now? What about our society, impacted by their changes? Will they be able to make people’s lives more efficient while serving their customers from a neutral and objective position? Will they treat their customers with [4]ulterior motives before eventually being shunned by customers and becoming obsolete?