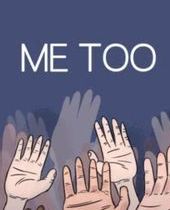 I. The serious problem of workplace gender discrimination

Although the problem of gender discrimination against women in the workplace is said to be gradually improving over decades of legal battles and grassroots activism, it remains one of the most serious social issues around the world.

⇒ The issue of gender discrimination against women is seriously dealt with in American MBA business ethics classes, evidencing its severity on par with other social issues such as racial discrimination.

Even more serious is the fact that discrimination against women is leading to sexual harassment, sexual violence, and other crimes.

II. Causes for the prevalence of sexual harassment/violence in the workplace


That said, some have argued that the root cause of continual sexual harassment and violence is not gender discrimination in the workplace, but “men’s misunderstanding of what constitutes sexual harassment.”


Additionally, it has been pointed out that there are not many options for reporting or resolutions available to victims of sexual assault, and virtually no instances of perpetrators facing severe consequences (much less being charged and convicted) for their crimes.

However, the recent American #MeToo movement is quickly expanding as an international women’s rights movement.


In late 2016, South Korean women started hashtags against sexual harassment in various fields, such as literary circles and the film industry. While these Korean hashtags are still in use, the #MeToo hashtag in particular has captivated South Korean mainstream and social media.


The #MeToo movement can be found not only in South Korea and the U.S., but in Middle Eastern and developing countries where the human rights of women have been relatively less protected. The movement is establishing itself as a revolution in women’s rights.

IV. Some areas for improvement

However, there is a variety of opinions—held by those from all walks of life—about how the #MeToo movement can be improved.

Talk to your Ringle tutor and exchange opinions about the problem of gender discrimination and sexual violence within the workplace, and also receive feedback on your English usage.

Videos
Articles
Now What? Social media has created a remarkable moment for women, but is this really the end of the harassment culture?
#MeToo: A timeline of events
또는