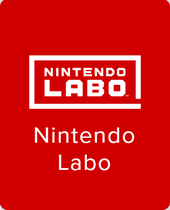 The latest in a tradition of innovation

I. The Nintendo Labo is announced to great fanfare

Nintendo has announced the Labo, an innovative new video game console add-on made out of cardboard which is garnering massive worldwide attention.


Nintendo has been praised for providing young gamers with a valuable learning opportunity as well as helping parents to save money.


Why didn’t other video game companies think of something like this before? What inspired Nintendo to create the Labo?

Nintendo has always been a company with a unique philosophy on video games.


Unlike most other major video game developers and publishers, Nintendo focused on family-friendly games such as Super Mario and brain-training games.


Nintendo has released groundbreaking, paradigm-shifting hardware for both the portable and home markets.

⇒ As a result, Nintendo created a new paradigm for the industry. The industry had been preoccupied with creating highly addictive games for men in their 20s and 30s. Nintendo broke conventions by releasing simple but fun games that people of all demographics could easily enjoy. The result was a massive success, and Nintendo’s consoles enjoyed great success on par with or greater than that of Sony and Microsoft consoles.


How has Nintendo been able to create such unique products? Where does Nintendo’s creativity stem from?

III. Nintendo’s founding principles and the successful changing of the guard

After the 1970s, Nintendo began focusing on developing fun video games for the masses. They constructed the company’s vision and culture around making fun and accessible video games.


Nintendo sincerely strives to follow these principles and develop games in accordance to this vision. Nintendo’s passion for this vision was realized as creativity in product development.

After examining Nintendo’s passion for creating great products and their creative problem solving approaches, it was possible to learn a few important lessons about business.


Please discuss Nintendo’s history and strengths and the game industry with your Ringle tutor.

Videos
Articles
Nintendo Talks Labo Origins and Wanting 'Every Single Person' To Own A Switch
Nintendo's Labo is amazing, as long as it doesn't collect the Wii's dust
또는