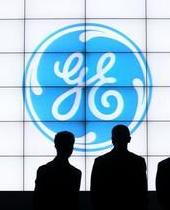 The rise and fall of a manufacturing giant

I. A new generation of entrepreneurs, led by visionaries such as Steve Jobs and Mark Zuckerberg, challenges Jack Welch’s style of leadership

The leading manufacturing giants of the 1980s were able to succeed in markets all over the world by investing vast amounts of capital into constructing massive facilities for production and sales, diversifying into various industries, and simultaneously minimizing risk and maximizing profit by monopolizing key technologies.

⇒ Corporations grew into massive corporate empires with the following strategy: “Attempt to corner the market on a sellable product and produce it as efficiently and economically as possible; dominate distribution and sales channels to maximize sales and profits; construct a massive corporate group by diversifying”


General Electric of the 1980s was a company that was a world leader in setting industry-wide trends. Jack Welch, the leader of GE during that period, became famous as a legendary businessman who wrote the book on corporate [1]best practices.


However, after the late 1990s, companies such as Apple, Google, and Facebook began presenting a totally different model of business. Instead of trying to maximize profits by diversifying, these companies began to maximize value by creating a new kind of business ecosystem. Along with this paradigm shift, GE began fading into obscurity.

⇒ West Coast companies have provided extremely solid products and services for free or at very low prices. They have developed innovative new technologies such as big data, machine learning, and deep learning. They have shared these new technologies for free to other companies. By doing so, these companies have created new ecosystems in their industries in which they wield a tremendous amount of influence. The creation of such open ecosystems has resulted in more opportunities and wealth for everyone.

Jeff Immelt, succeeding Jack Welch as CEO, made sweeping reforms within GE in an attempt to move the company away from diversification. Immelt believed that GE had to return to its essence as a company.


Immelt invested large amounts of capital in areas that Jack Welch had not invested in. He created a digital campus in Silicon Valley and aggressively hired talented developers from companies such as Apple, Facebook, and Google.


Unfortunately, Immelt’s vision to transform GE into the Apple and Google of industrial materials never quite materialized, and GE’s stocks continued to plummet.

⇒ Under Immelt’s tenure, GE stock prices fell from 41 dollars per share to 28 dollars per share. (The S&P increased by 124% from 2001 to 2016, but GE shares fell by 30% in comparison.) Immelt, facing pressure from shareholders, stepped down from his position.

GE then named John Flannery, a financial expert, as the new CEO to replace Jeff Immelt.


Flannery, a financial expert, expectedly announced that he would begin reorganizing GE’s businesses based on the results that they produced. GE has been undergoing an intense restructuring process, boldly selling off interests in core businesses which have not been producing results.


However, the market has not been welcoming of Flannery’s efforts.

Korea’s biggest companies also have their roots in manufacturing industrial materials and face challenges similar to those of GE.

⇒ The value and share prices of Korean heavy industry manufacturers have been stagnating for an extended period of time. A variety of solutions have been offered, but none have been particularly promising.


Many predicted the fundamental stagnation of heavy industry manufacturers with the following reasoning:


Most of Korea’s fast-growing industries are technology-based (for example, the semiconductor industry) where companies can ride the worldwide growth of technology.

⇒ However, Korean high-tech manufacturers have yet to become “platform leaders” who drive industry-wide innovation.


Why has GE fallen into a long-term slump? Did Jeff Immelt miss the mark with his vision for GE, or did he fail to execute a plan that had actually been appropriate for GE? What can Korean companies learn from this case study?

Please discuss the rise and fall of GE with your tutor.