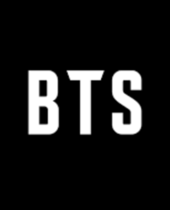 A New Breed of International Superstars

BTS is a world famous boy band comprised of seven musicians with a massive following in Korea, Asia, Europe, South America, and the United States.


However, BTS was not a group that was popular from the beginning.


So how was BTS able to become a top boy band not only in Korea, but all over the world?
Or rather, why did people around the world choose to become fans of BTS?

According to the media, BTS was able to succeed due to the following factors:


The reason why we changed the focus of the question in Part I of this article from “How did BTS succeed?” to “Why did people choose to follow BTS?” is because of what those questions imply about the nature of BTS’ success. BTS succeeded not because they made strategic, calculated choices to amass a global following, but because fans around the world [2]bought into what BTS wanted to do as artists.


The fans feel a strong emotional connection to BTS because BTS is a musically talented band with real musical skill, something that is important for the modern audience of 2017.

“Consistency, sincerity, effort, teamwork, and sharing” are the values that drive BTS’ success.


In conclusion, BTS is a case study of how a group’s honest efforts at realizing their dream of creating an authentic product won over a group of fans which continued to grow in size until it eventually began to grow exponentially, ultimately propelling BTS into worldwide stardom. BTS’ success is essentially identical to that of companies such as Facebook, which also began to grow at an exponential level after it had reached a certain level of success.


Because success begets even more success, BTS will likely have an even brighter future ahead of them.

We deliberately refrained from overusing the terms “idol group” and “K-Pop” to describe BTS and the music that they make, as neither term is appropriate in describing the extent and nature of BTS’ popularity.


We conclude that BTS was able to become so popular because people around the world have recognized them as a band comprised of talented musicians.


And lastly, the lessons startups can learn from BTS are as follows:


Please discuss BTS’ rise to worldwide stardom with your tutor.

Videos
Articles
Inside BTS-mania: A Day in the Life of the K-Pop Superstars
Who are K-pop band BTS, the most tweeted-about celebrities this year?
또는