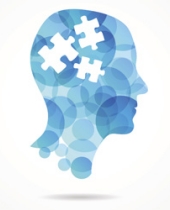 The stigma of Mental Health

Mental illness encompasses many diseases and disorders beyond the most commonly recognized anxiety and depression. An offshoot of anxiety includes phobias which come in many forms such as arachnophobia (the fear of spiders) or germophobia (the fear of germs). Social media has played a role in magnifying disorders such as anorexia nervosa and bulimia, shedding light on more still such as gender dysphoria and body dysmorphia. Awareness has been raised on the dangers of postpartum depression and on how to deal with grief.


Discrimination against people with mental disorders, often stemming from misunderstanding, is all too common around the world. Korea has seen a rise in suicide rates, topping out as the highest among OECD countries but a troubling stagnancy in social stigma remains. Korea also has the longest average hospital stay for psychiatric disorders as noted in a 2011 study, 116 days compared to the OECD average of 27.5 days. This disparity raises concerns about the effectiveness of treatment.


The marginalization of the mentally ill community in Korea fosters an environment of denial and the refusal to acknowledge treatable illnesses. Mental illness is often seen as a personal failure, a thought process that can be even more devastating in a society where failure is not an option.


Discuss the social consequences of mental illness, drawing on any personal experiences.