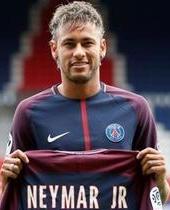 How salaries of Neymar, Kershaw, and Stephen Curry work

Recently, the public has focused their attention on the astronomical salaries and transfer fees European soccer players are commanding.

⇒In the summer of 2017 alone there have been three players whose transfer fees totaled more than € 100M each. This has (1) raised eyebrow all over the world. “Is there an inflation in the size of transfer fees?”. Put more simply, are these players overvalued relative to what they offer?


It is not just European soccer players who are being paid astronomical salaries – critics have spoken out against highly paid superstars of the MLB and the NBA as well.


Korean athletes are also being paid huge sums of money to play. The media has focused on the possibly inflated values of these contracts.


Three main issues are being raised with regards to stars in the sports and entertainment industries.


At the same time, many have also voiced objections to the criticisms outlined above.


What is the value that superstars in the sports and entertainment worlds provide for the general public? Do you think that their fame and huge salaries correspond to the value that they create for the world? What kinds of social problems may arise from a system that highly rewards top stars? Is it fair that they should be called out and criticized by the general public for what they earn?

Videos
Articles
Neymar: how the record-breaking €222m move to PSG unfolded
Should Professional Players Really Be Paid This Much?
또는