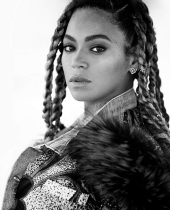 I. The Rise of Beyoncé

In the very beginning of her career, Beyoncé was managed by her dad and part of a girl group.

Instead of using her platform solely for herself, Beyoncé collaborates with other black artists creating a powerful image of black solidarity.


After Beyoncé’s iconic Formation performance at the Super Bowl 2016, during which she publicly supported Black Lives Matter, there was public outcry to #BoycottBeyonce.


Beyoncé’s iconic Beychella performance became a cultural moment because of her focus on centering blackness and celebrating womanhood.

1. Beyoncé is able to be a trendsetter by creating work based on her values and not trends. Creating work centered on values instead of trends or popularity will allow room for innovation and a unique style.

-> In order to truly create and innovate in a field, one must be able to follow their values not trends. Trends are limited by time whereas values are more consistent.


2. Beyoncé does not allow rumors or media coverage to inform her art. She is constantly reinventing and evolving her image and art on her own terms.

-> Leveraging public perception to fulfill your goals is more rational and beneficial than being overwhelmed and swayed by what others think.


3. Beyoncé has never been afraid to go solo and trust that she brings value.

-> Being able to walk away from a “successful” situation because you believe in your value is important to mastering a craft and leveling up.