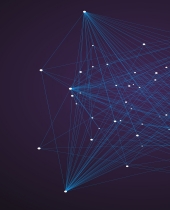 5G(fifth generation) refers to the next-generation of mobile internet connectivity, beyond the LTE mobile network.

Unlike 4G, which was [2] geared more towards smartphones, 5G usage can go beyond smartphones to include cars, medical machines, and IoT.

However, there are growing concerns about security and safety of 5G network.

Similarly, there may be security threats within the medical sector. In the healthcare field, 5G will allow faster transfer of patient files, remote surgery, remote monitoring via IoT(Internet of Things) devices. However, it creates the risk of medical identity theft and invasion of health privacy and medical data.

Growing use of 5G and IoT devices will make it more challenging to deal with increasing cybersecurity risks. We already see the side effects of this new world of connectivity. These issues related to cybersecurity have obstructed Huawei’s access to the European 5G market. To relieve the concerns, Huawei proposed an anti-spy agreement to encourage Germany to participate in the country’s 5G networks. However, this action is unlikely to eliminate the wariness of European policymakers.

These health-related concerns have slowed the [5] deployment of 5G. For instance, the Belgium government halted a 5G test in Brussels because of difficulty in measuring radiation emissions. Similarly, Switzerland has postponed the release of 5G and created a radiation monitoring system to assuage concerns.

Discuss “5G” with your Ringle tutor and receive feedback on your English usage.