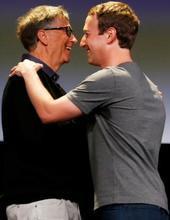 I. Bill Gates, Warren Buffett, Mark Zuckerberg, and the new Culture of Philanthropy

Recently, global entrepreneurs and investors are donating their stocks / assets to society, instead of passing down their fortunes to their children.


At the same time, Buffet, Gates, and Zuckerberg are investing time and energy in creating a better world beyond philanthropy.


How are their donations different from traditional donations? What are the core motivations that drive these men of wealth to donate their wealth and energy? Are these donations actually being used to make the world a better place?


II. Philanthropy of the past and its limitations

In the past, donations were focused on 'sponsoring money for international organizations, welfare institutions, and charities.’ Most donations were used towards activities that provide food and shelter to the needy.


However, international organizations and NGOs have not been able to attract many talented people nor operate in a tight and organized system, which diminished their social impact.


At the same time, since the 1990s, many corporations have set up foundations internally and initiated social contribution activities linked to corporate image enhancement. Unfortunately, these initiatives often do not lead to a major social impact.

→ In the early 2000s, CSR activities were concentrated on side projects that were separate from the company's core businesses. These activities, centered on strengthening corporate image, did not lead to a major social impact.


In conclusion, past donations have [1] treated the symptom, not the problem. They significantly contributed to securing the basic livelihoods of the poor, but have not contributed to addressing the core problems that lead to extreme poverty and the loss of human lives.

→Past donations were limited to the role of minimizing social harm and side effects, not solving social problems.


III. Three principles of philanthropy led by US entrepreneurs and investors

However, recent donations from prominent entrepreneurs / investors in the US have shown the potential to overcome the past limitations.


The first principle is that the donors are not simply donating money to relief organizations, but also making sure that these funds are used in ways that directly tackle social problems.


The second principle is that corporate social responsibility initiatives are becoming one of the top priority projects for companies, rather than just a peripheral activity.


Recent donations from US entrepreneurs / investors have created a [4] virtuous cycle in society and are targeted at directly tackling core social problems.


IV. The state of philanthropy in Korea

Korea has been labeled as a "donation-backwards country" and is still stuck in the past when it comes to philanthropic culture.


However, there are signs of change in our country. There are more young people working in social enterprises, and various new initiatives are underway.


Although it is not yet like the social enterprise ecosystem of first-world countries like the United States in terms of scale and diversity, philanthropy and social investment in Korea are at an important turning point of unique growth.


How do recent donations from US entrepreneurs / investors differ from past donations? What is the current status of donations and social enterprise activities in Korea? What kind of effort is needed to raise the level of donations in Korea and diversify social contribution activities?