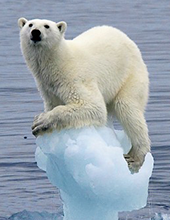 During the mid-1980s, the world first became aware of the severity of global warming. However, at that time, legislators of individual countries were unable to enact measures that would address this issue effectively.


In 1997, participants of the UNFCCC adopted the Kyoto [1]Protocol in Kyoto, Japan. The parties would commit to the reduction of greenhouse gas emission to slow global warming.

However, the US Senate had passed a resolution expressing disapproval of international agreements such as the Kyoto Protocol which “would seriously harm the economy of the United States.” Thus, the US became the only signatory that had not ratified the protocol. This, along with regulation enforcement failures in several developing countries, led to the failure of the Kyoto Protocol.


The world has observed how deteriorating climate conditions can threaten the survival of humanity. This led world leaders to gather and establish the Paris Climate Agreement in 2015.


However, with President Trump’s inauguration and his withdrawal of the US from the Paris Climate Agreement, the world yet again faces a crisis in preserving the environment.


Fortunately, the other signatories have rallied around this cause, attempting to salvage the Accord from failure.

It is worth noting that the United States, the long-time leader of environmental activism, has changed its stance on climate change and environmental protection depending on the administration in charge.


Bill Clinton emphasized the protection of the environment as much as economic growth.


George W. Bush initially seemed to support the balance between economic growth and environmental protection, but in the face of fierce lobbying, he curbed his support of the environment.


Barack Obama, a president whose aims were to aid citizens as well as to protect the environment, led the charge to draft and pass the Paris Climate Accord.


On the other hand, leaders in Europe continue to focus on uniting the nations around the climate change cause.


President Lee Myung-bak’s macroeconomic policy sought to redevelop and reshape the environment as a means to revitalize Korea’s economy via its four main industries.


On the other hand, current President Moon Jae-in believes that the environment is something to be protected, not manipulated. He, like Obama, is working on policies that will promote environmental protection and economic prosperity together.

The conservative parties in Korea and the US view the natural world as something to be used or developed for the sake of economic growth.


On the other hand, the liberal parties in Korea and the US view the natural world as something to be protected. They pursue policies that can grow the economy without degrading the environment.

From the information you have been given, what do you think is the right direction for politicians to take with respect to environmental policies? Will the Paris Climate Accord face the same fate as the Kyoto Protocol? Or can we expect a different outcome?