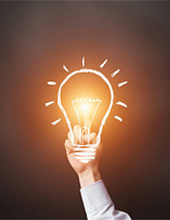 Part 2 of Ringle’s series on startups: “The Three Motives of Entrepreneurs”

In the process of developing content for Ringle sessions once or twice a week for the past few years, I have learned a lot about several startups, as well as the motives of their founders. I realized that these motives could fall into one of three categories.

1) To provide a solution to a problem.
2) To improve upon something that the founder was passionate about.
3) To capitalize on a market opportunity.

Let us examine some companies that fall into the first category. Uber was a solution to a transportation problem in the US: taxis were expensive, hard to find, and at times, discriminatory. Dropbox was a solution to a storage problem; the USB, the conventional mode of data storage, was easy to lose. Facebook was a solution to a communication problem; it has brought people all over the globe together. Solar City and Tesla strive to decrease humans’ [1] carbon footprint with eco-friendly energy practices. Under Armour revolutionized the athletic-wear industry, while One Acre Fund revolutionized the farming practices and livelihoods of African farmers.

Now let us examine some companies that fall into the second category. Robyn Sue Fisher loved ice cream, and wanting to make the best ice cream possible, she founded Smitten Ice Cream. TCHO Chocolate brought out the true flavors of the cacao bean, and Philz Coffee shook up the world of coffee with its unique blends and beverages.

Before I attended Stanford for my MBA, I worked as a management consultant for a well-known firm. As one whose motives were in the third category, I was in a great position. Though I dreamt of starting my own business, I did not have the time, nor was I willing to give up such a lucrative and enviable job. Frankly, back then, I believed then that to maximize my market value, my only options were to stay as a consultant or to move to some large tech company like Google. In other words, if I continued to prioritize higher pay, it would have made more sense to stay and get promoted, or to move to another equally well-paying job at a famous company.

I was also at a loss when it came down to the second category of motives. I was not sure what my interests were, and I still have trouble defining my hobbies or passions to others (some have even said that I was a boring person for this reason). So, to launch a business based on some product or idea seemed [2] far-fetched.

But the first category of motives did resonate with me. I saw a lot of problems around me, many of which I wanted to provide a solution for. Perhaps my “interest” was to solve problems. For this reason, brainstorming startup ideas from this perspective produced many ideas for a potential startup.

Around this time, a piece of advice given to me by one of my professors at Stanford started me on a journey towards the founding of Ringle.

“If you’re the kind of person who likes to find solutions, try to recall something you’ve regretted. Think of a regret that others might have also experienced. Now go start a business from that feeling of regret.”

At the time, I was struggling from my subpar English speaking skills, so I tended to shy away from social interactions and had trouble making friends. I soon realized that I wasn’t being exposed to the full Stanford experience because of this [3] language barrier. I grieved and berated myself, “Had I a studied a little bit more, I would be able to talk to friends from all around the world and share what we have learned.”

I also wondered why there wasn’t a tutoring service in Korea that adequately prepared students to speak English. Feeling sorry for myself and my situation, I even immaturely felt resentful towards my parents for never having immigrated to the States.

Motivated by this regret and inspired by my professor, I began to imagine about and work towards creating a startup that would help Koreans learn to speak English at the level of a student studying at Stanford.

I soon found out that I was not alone in feeling the way I did about the lack of a sufficient English program. Korean students studying in the States, as well as Koreans in Korea hoping to study abroad, were desperate for a service that would help them speak English fluently. Korean students that moved to the US were certainly getting a lot of practice speaking English. However, there was one thing that their American friends did not do, which was to correct their pronunciation or grammar. Out of politeness, the Americans I spoke to never gave me feedback on my English, and I often worried and would secretly wish that my friends would correct me.

In remembrance of the regret I felt, I have been working on Ringle ever since, heeding the importance of offering "effective correction” to students. I still do not know if Ringle’s answer to Koreans’ English education [4] woes will make as great of an impact as did Uber to the transportation industry and Dropbox to the data storage industry. However, I think it would be an incredible feat if even one person becomes a more confident English speaker through Ringle. I have long since left behind my motives to become rich, and my aspiration as an entrepreneur has been to bring about a positive change in others’ lives.

I have one final thought.

I recommend to all budding entrepreneurs to consider this question: “What are my motives?”

For example, if you find yourself motivated to start a business for a reason in the first category, considering entrepreneurship through the second group of motives would be difficult. You might doubt your motivations, thinking that you don’t have an idea that is “good enough” or one that you are excited enough about to devote time, money, and energy to. Thus, you must first understand yourself and your motives to be able to shape the path towards starting a business. I, for one, wanted to solve a problem in the Korean educational system, and that is why I ended up with Ringle.

As another example, if you feel that you have motives that belong to the second category, you may be discouraged by simply questioning the endeavor’s potential profitability. If you enjoy what you do, are passionate about the subject matter, and are excited about its potential, it may be best to build a business plan with the mission to make others as excited about your pet project as you are.

In conclusion, I encourage you to look within yourself, discover who you are and what motivates you, and brainstorm startup ideas from that point on.

Videos
Articles
Starting a Business: The Idea Phase
Lesson #112: Startup Ideation
What Are The Best Ways To Think Of Ideas For A Startup?
또는