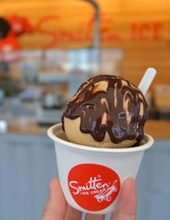 
These Silicon Valley innovators are also rewriting the paradigm of the American food and beverage industry.


What all these recent enterprises have in common is that they offer high-quality goods and services at very competitive prices.


The ice cream and chocolate industries also serve as examples of the innovative changes occurring in the hands of the Silicon Valley entrepreneurs.

In the past, several of the largest ice cream manufacturers had tainted the reputation of the dessert by using a host of chemical additives and unsanitary production procedures.


Smitten Ice Cream, on the other hand, is a startup that uses specialized tools to churn-to-order four fresh flavors of ice cream a day.


Smitten has succeeded in differentiating itself from competitors with its production process and taste, and has opened stores throughout San Francisco.


Smitten was the brainchild of a Stanford MBA who simply loved ice cream.

In the past, several of the largest chocolate manufacturers had tainted the reputation of chocolate with the use of chemical additives and excess sugar.


TCHO hoped to steer the chocolate industry to reflect the wine and coffee industries, diversifying the flavor profiles, making transparent the origins of the cocoa beans, and using scientifically supported methods to roast, grind, and craft the best chocolate possible.


TCHO, like Smitten Ice Cream, has succeeded in differentiating itself from competitors with its production process and taste, and has made itself available to customers and businesses in San Francisco.


TCHO started as a collaboration between a chocolatier and a chocolate-loving engineer.


One might argue that Korea has not yet seen the rise of such innovations due to the absence of an entrepreneurial mindset and because the country’s industry structure benefits large conglomerates.


What are the essential elements of the ice cream or chocolate industry? How were these West Coast food startups able to transform the national market? Can you imagine such startups as TCHO and Smitten popping up in Korea?

Please discuss Smitten Ice Cream and TCHO with your Ringle Tutor, and take the time to improve your spoken English.