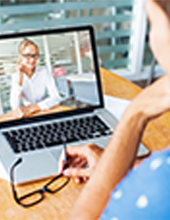 Education has historically and globally been accessible by those with the privilege and resources to attend school. This is especially true for higher education (university or graduate school). Though the world has changed drastically in the past century, the education system has seen very little change.


In the early 2000s, the world saw the emergence of Massive Open Online Courses (MOOC), which showed signs that it could disrupt the current education system.


Furthermore, as the number of beneficiaries and suppliers grows, MOOC has affected not only students’ lives but also the lives of ordinary people.


Khan Academy, Udemy, and many other MOOCs have grown tremendously thanks to five common factors.


Compared to traditional education models, MOOC certainly has an advantage in terms of its accessibility and mass appeal.

⇒ The rise of MOOC makes us wonder: a) if a college degree aptly represents a person’s skillset and potential, and b) whether a degree is an accurate measure of a student’s abilities.

Unfortunately, there are several critical limitations to MOOCs.


What is the “essence” of education? Can universities and existing institutions preserve the essence of education? Is the existing education system effective? Do MOOCs have the potential to overturn the dynamics of education throughout the world? How might education have changed in ten years?

Please discuss this topic with your Ringle Tutor and take the time to own your spoken English.