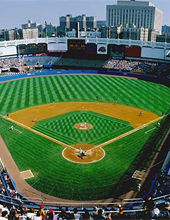 Money vs. Science in MLB

NY Yankees is often compared to Oakland Athletics. NY Yankees is the baseball empire with the largest team salary pool among MLB teams. Athletics on the other hand is on the opposite spectrum from Yankees in terms of financials. It has a moderate sized team salary pool but it has been performing extremely well for the past ten years. Athletics focuses on statistical analysis and scouts players with high cost-to-performance value.


These small-budget teams have been performing well in MLB in recent years and the saying “you cannot buy wins” seems to be true. Kansas City Royals with one of the smallest team budgets reached World Series. Oakland Athletics finished first in its division, outperforming both Texas Rangers and LA Angels. NY Yankees and Boston Red Sox, two wealthiest team in MLB, both failed to reach World Series last year.


But a team’s performance is not strictly correlated to its value and revenue in MLB. LA Dodgers, NY Yankees, Boston Red Sox are not necessarily the best in their division but their team value and revenue is much higher than low-cost-high-performance teams like Oakland Athletics. Audience wants to watch a team with a start player. So, a team with star players gets a big television deals. With the revenue from the deals the team can keep buying start players and thus sustain the virtuous cycle.


After all, the goal of pro sports team is to be loved by its fans.


Which type of team will fans like more? Is it possible to be a high valued team with a small budget? What about KLB teams?


Use your Ringle sessions to exchange opinions with Ringle tutors